Wiley's Target Was Not So Much Cocaine But Coca 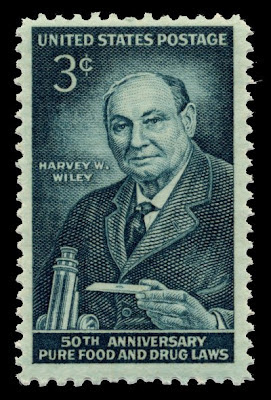 By every indication, Mariani & Company’s move to delete the cocaine alkaloid from its U.S. market Vin Mariani and other Coca leaf derived products de-cocainized (with the cocaine alkaloid removed), hence eliminating anything containing any amount of cocaine in a food (beverage), and prescription requirements for the original versions such products, was but a start for Wiley’s jesuitical Washington, D.C. political machine. Not only would they continue to oppose products containing the cocaine alkaloid and their therapeutic uses – whether with or without a prescription – but as well even those made with de-cocainized Coca , or even the suggestion, as per the following 1910 U.S.D.A. Farmer's Journal article "Habit-Forming Agents: Their Indiscriminate Sale and Use A Menace to the Public Welfare"

During the last twenty years a large number of soft drinks containing caffein and smaller or greater quantities of coca leaf and kola nut products have been placed upon the market. Preparations of this class, on account of insufficient information, were formally looked upon as harmless, but they are now known to be an impending evil. Centuries before cocain was introduced as a remedial agent, wonderful accounts of the energy-creating properties of coca leaves were chronicled. The phenomenal endurance attributed to the Peruvians and others was often ascribed to the stimulating effects produced by the chewing of coca leaves, and this idea has been widely exploited. It is believed to some extent at present that the use of cocain taken internally produces a sense of exhilaration, and the amount of muscular and mental power appears to be temporarily increased. Impetus was given to this belief by the enthusiastic reports of this drug, published not only in medical literature but in the secular press as well.

Cocain is one of the most insidious and dangerous habit-forming drugs at present known. Many lives have been wrecked and many crimes have been committed as a result of its use, and strenuous efforts are being made to curtail its employment. The amount present in certain soft drinks is small, to be sure, but such an insidious, habit-forming drug certainly has no place whatsoever in these products. The presence of tropococain, an ally of cocain, has also been established. Not only is it pernicious to add cocain to soft drinks in any quantity (usually in the form of coca leaf extract), but even the use of coca leaf extract so manipulated as to reduce the amount of cocain, or eliminate it altogether, must be looked upon as a questionable practice, because any product or name which would suggest the presence of cocain or its allies, by taste or otherwise, must have a baneful influence. It is known that the very small amounts of morphine or cocain, or even the suggestion of their presence, will tend to destroy the equilibrium of reformed addicts and bring back the former craving. 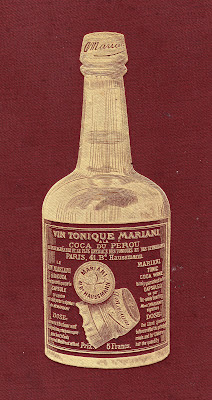 Posted by Douglas Andrew Willinger at 2:11 AM