By 1908 the US State Department adopted the objective of getting other nations to prohibit Coca.

The U.S. national government’s political campaign against Coca continued internationally with the U.S. State Department’s promotion of this U.S. drug control agenda through the upcoming international "Opium" conventions at the Hague for the cause of curtailing Coca's markets. These conventions, held in 1912, 1913 and 1914, and attended by the formal representatives of the world's major powers, were for establishing an international treaty to agree to "control" -- re: prohibit the general sale, use and possession of Opium- for some time, the object of a feverish, often xenophobic, anti-Eastern, campaign for its prohibition. Accordingly, the signing nations were obliged to all adopt the laws and regulations for so restricting Opium in its various forms, along with its isolated components such as codeine and morphine: in short, they had to enact the legislation marking the beginnings of what became the twentieth century war on "narcotics." Specifically applying to "all preparations (official and non-official including the so-called anti-opium remedies) containing more then 0.2% morphine or more than 0.1% cocaine" according to its Chapter III, Article 14, the treaty by no means required any restrictions upon Coca itself, which it nowhere mentions, with such Coca preparations being within these confines; therefore, it did not, for instance, require any laws against Vin Mariani.


Nonetheless, Chapter III's inclusion of cocaine -- an apparent afterthought -- though, reflected U.S. diplomatic efforts to include Coca in what became the twentieth century lists of "controlled substances," starting with a formal disinformation campaign to convince U.S. citizens that the Hague agreement did require laws against Coca. 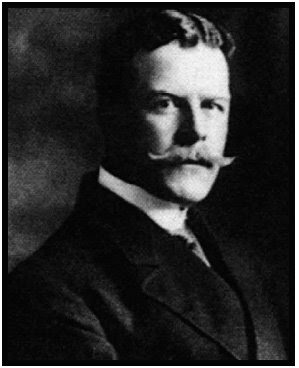 Correspondence between U.S. Secretary of State Hamilton Wright and the various U.S. Ambassadors to each of the foreign countries show the results of a query he made to each regarding the drug laws in the respective countries, regarding Coca, Opium and their derivatives; the answers illustrated that no jurisdiction outside the United States had such laws against Coca, with any such prohibitive laws aimed only at refined cocaine in its various concentrated forms. France prohibited prescriptions for pure cocaine, it being noted that


“This drug should always be prescribed with an excipient either liquid or pulverulent, covering a medical treatment for a limited time.” [April 28, 1923 State Department Docs Letter 1908-1913 about laws in other countries]

Such laws recognized the importance of dosage- both the amount and the rate of absorption, which are moderated by the relatively “inert” binder substances, such anositol in pills.

Such correspondence also indicates the formal U.S. concern over the continued public sale of Coca preparations such as Vin Mariani, with different approaches for different countries. For instance, in a letter to U.S. Ambassador to then British-ruled Singapore, where Vin Mariani had an established market, and where the cocaine control laws specifically exempted such low potency preparations, Wright wrote:


Defer to local policy with the understanding that this is a long term concern which can be again addressed later.

That would be the goal of the anti-coca crusade’s second wave through the U.S. national government through the U.S. Department of State diplomatic campaigns at the 1908- Opium Conferences to ban coca in food and drug markets via restricting “cocaine” without any regard of the differentiating potencies between drinking Vin Mariani and injecting cocaine. While some nations – particularly those already familiar with products as Vin Mariani -- would object to re-writing their laws to ban coca products, and hence only re-write the laws to largely prohibit concentrated cocaine and the opiates, those unfamiliar with coca products were more easily swayed into banning them via confusion with isolated cocaine in highly concentrated doses.

Posted by Douglas Andrew Willinger at 2:53 AM