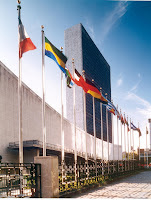 In a culturally insensitive and irrational move, the International Narcotics Control Board (INCB) has called for the governments of Bolivia and Peru to abolish all uses of the coca leaf, including coca leaf chewing.

In its 2007 annual report, the INCB asks Bolivia and Peru to make possessing and using coca leaf criminal offenses--a move that would affect millions of people in the Andes and Amazon, according to the Transnational Institute (TNI), a group that studies drugs and conflict in the region.

Coca leaf is widely consumed in both countries, both as a part of daily life and in indigenous religious ceremonies. The leaves have a mild stimulant effect similar to coffee.

Despite the leaves' mild effect, the United Nations (UN) classifies them in the same category--Schedule I--as cocaine and heroin. This designation was made in 1961 based on a flawed study described by Martin Jelsma, coordinator of the drugs program at TNI, as "inspired by colonial and racist sentiments rather than science."

The INCB is a UN monitoring body that oversees the implementation of the UN drug control conventions.

Posted by Douglas Andrew Willinger at 4:30 AM